From the earliest ages, humans have decorated the walls of their homes with a variety of different ways. Ancient Egyptians, as we know, painted the walls of their tombs to reflect their life on earth.  Later, we can see descriptions of Roman palaces, in which writers describe of victorious battles pictured on the walls, and the tradition has continued ever since: Caracalla and Septimius Severus had paintings of their fathers’ triumphs, tales have long featured visions of Greek and Roman gods, subjects were taken from the old and new Testament, Persians painted their hunts, literary themes were depicted with legend trumping history, tales of knights and crusades... and generals, fearful of their legacy, had their own battles (and those of their predecessors) committed to canvas and thread...

Another, more subtle tradition has existed alongside these for thousands of years.  Primarily in the countryside, this consisted of using imagery to bring the garden indoors: mosaics imitated plant life outside and inside the house, and trees, bushes and flowering fields were painted as optical illusions on walls, giving the illusion that the gardens stretched for miles. This gradually gave way to weaving.

Starting in the 15th century, rich landowners used to change their place of residence on a regular basis.  They would move their tapestries from their castles and manors with them, enhancing the comfort of their new homes by shutting out draughts. This was a golden period for tapestry workshops, which to this day create veritable walls of woollen cloth.

In the 19th century, wall decoration came surging back into fashion.  This saw the renaissance of Aubusson tapestries, with Jean LURCAT and Jean PICART LE DOUX among the most celebrated figures. 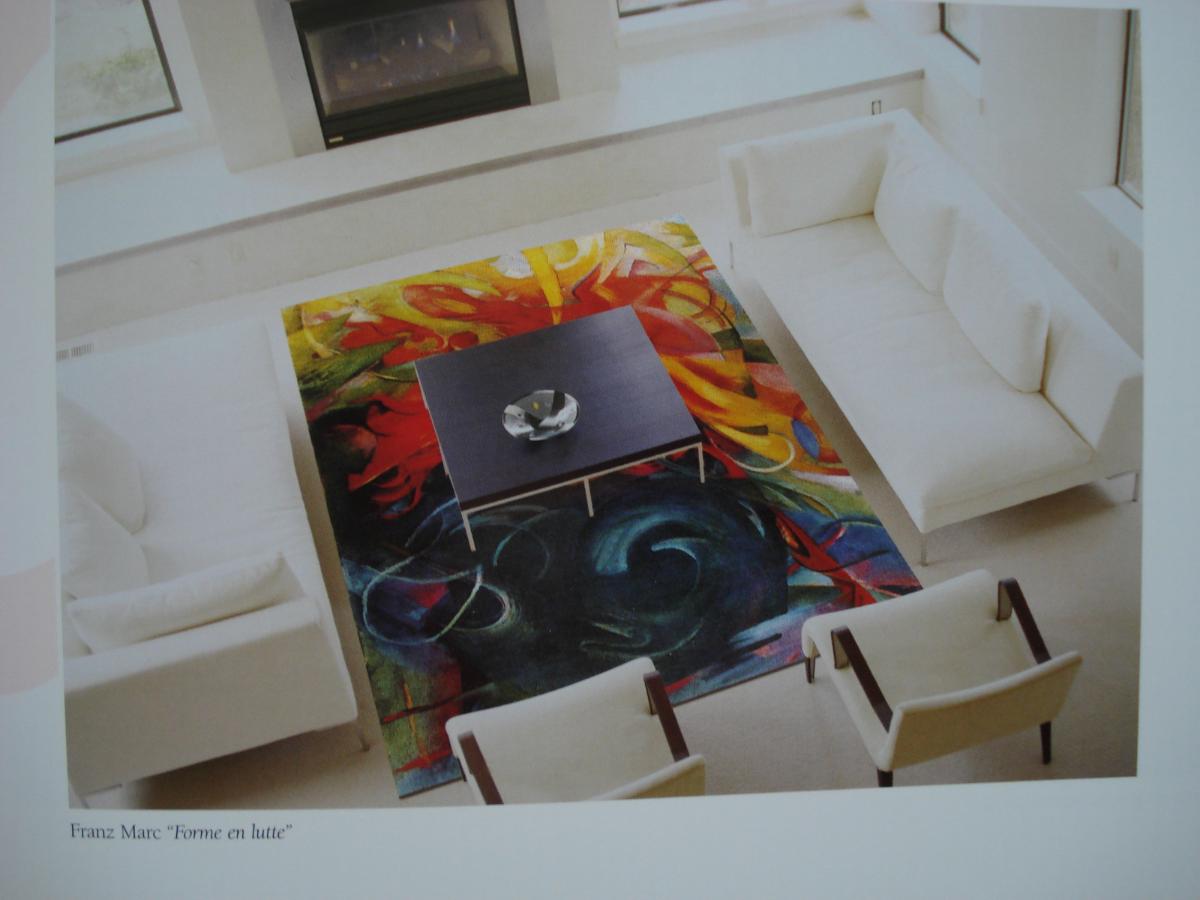 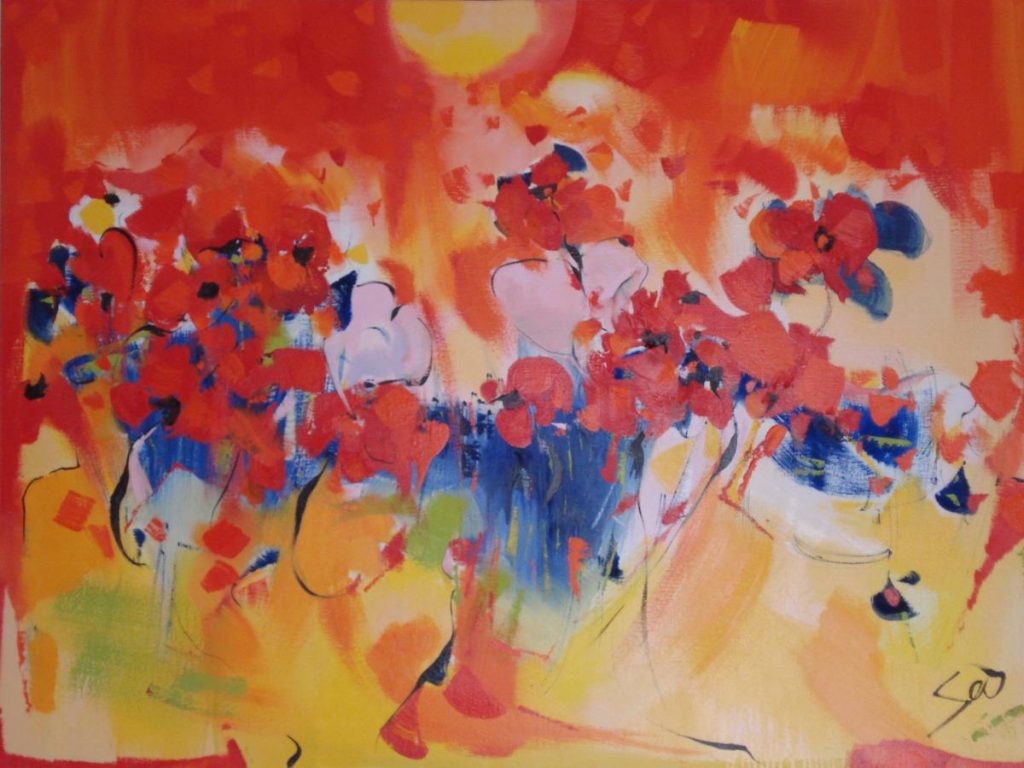 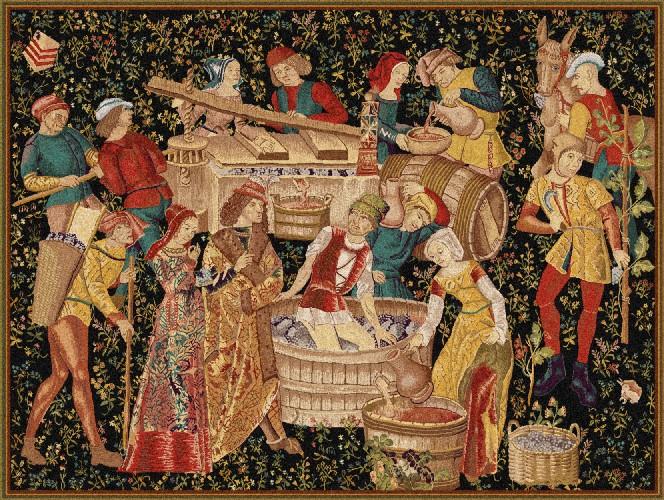 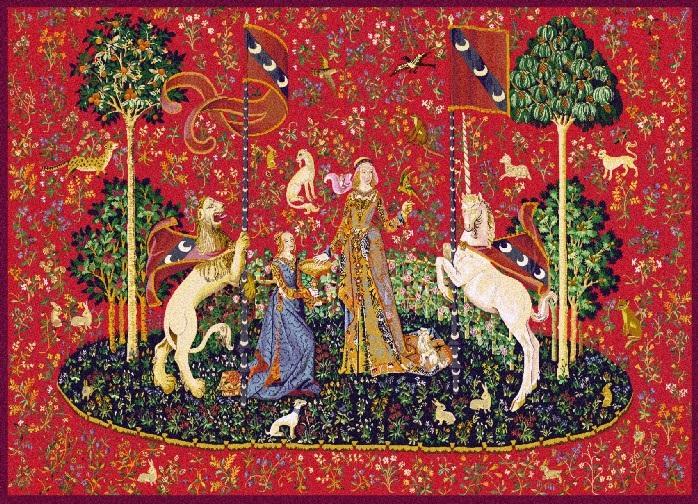 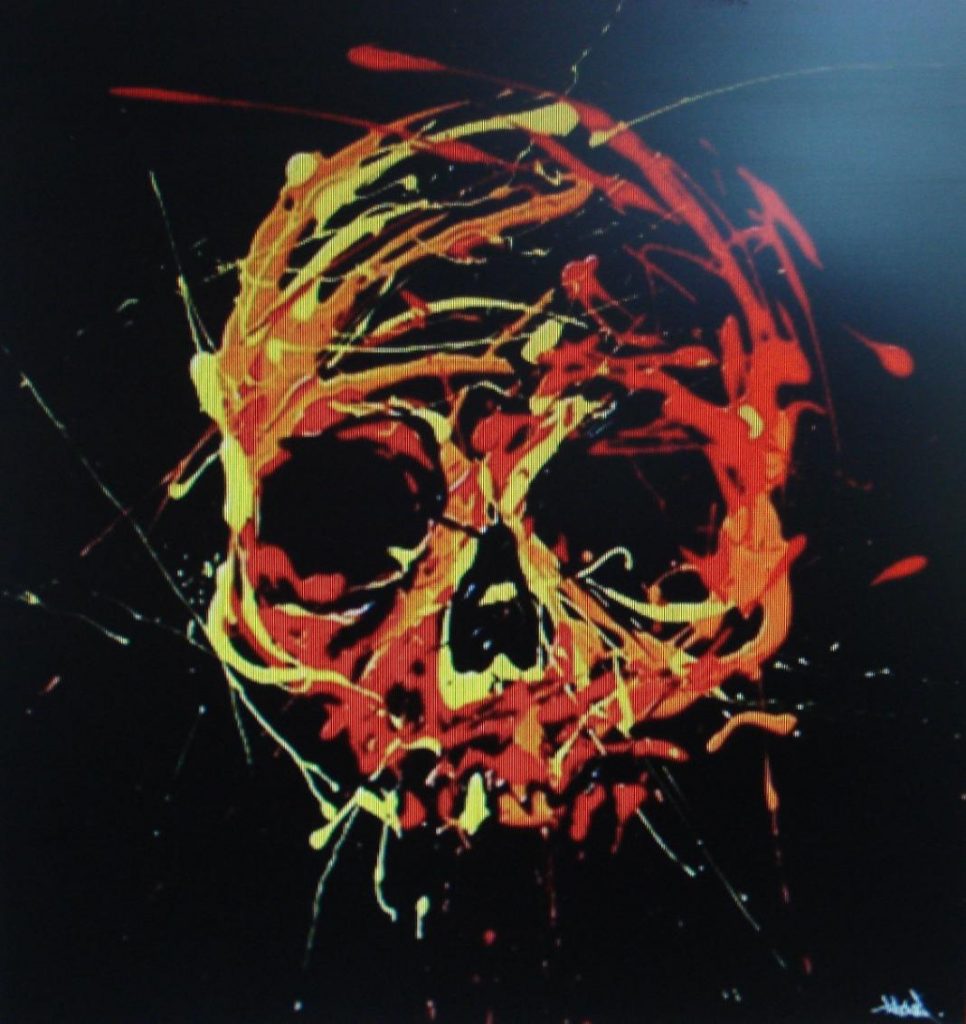 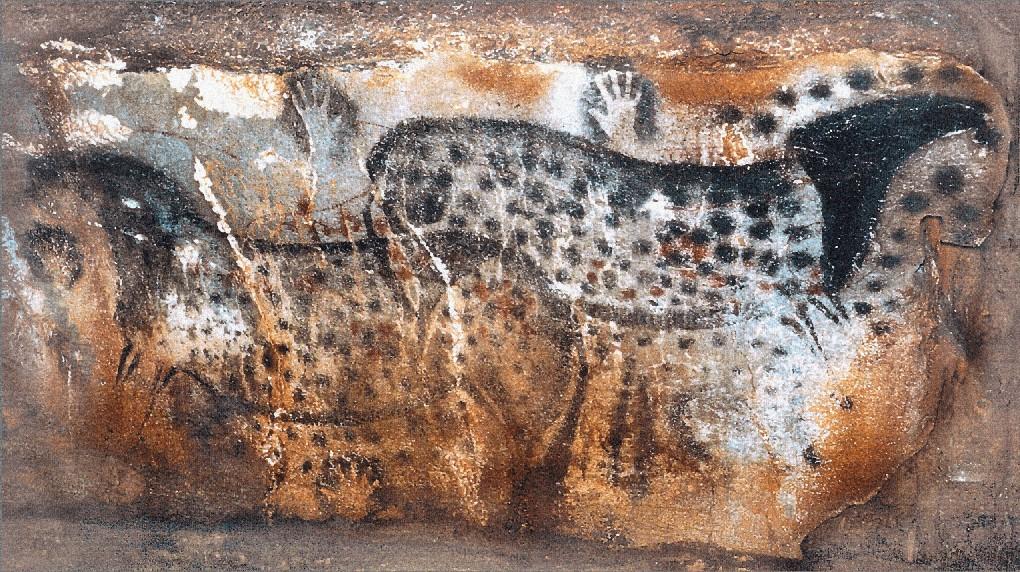 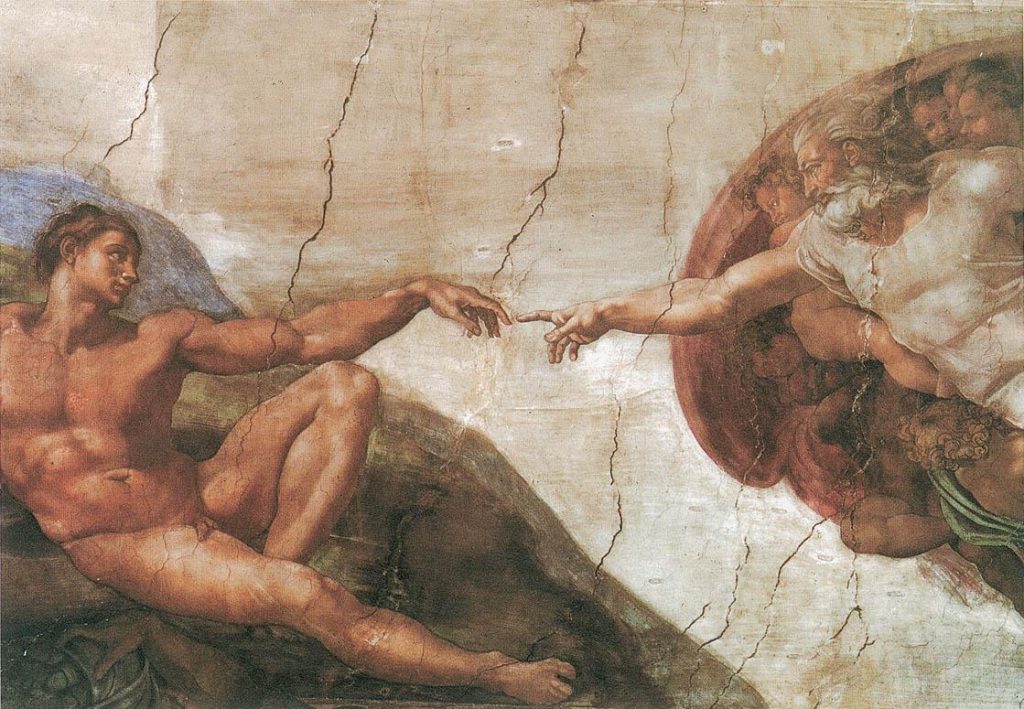 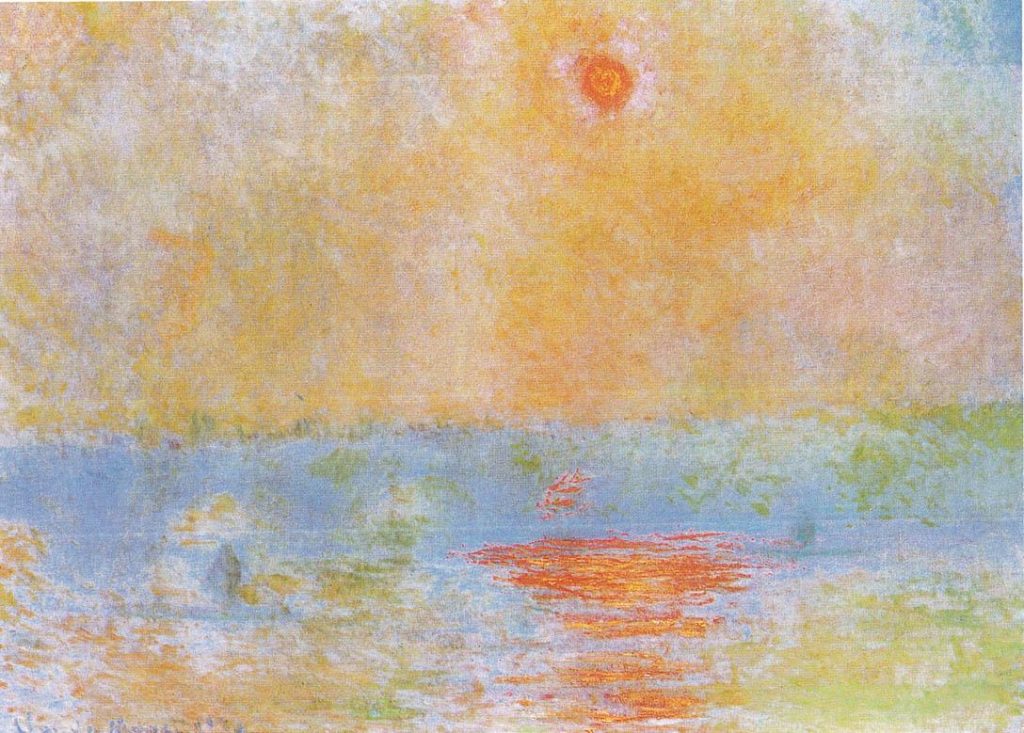 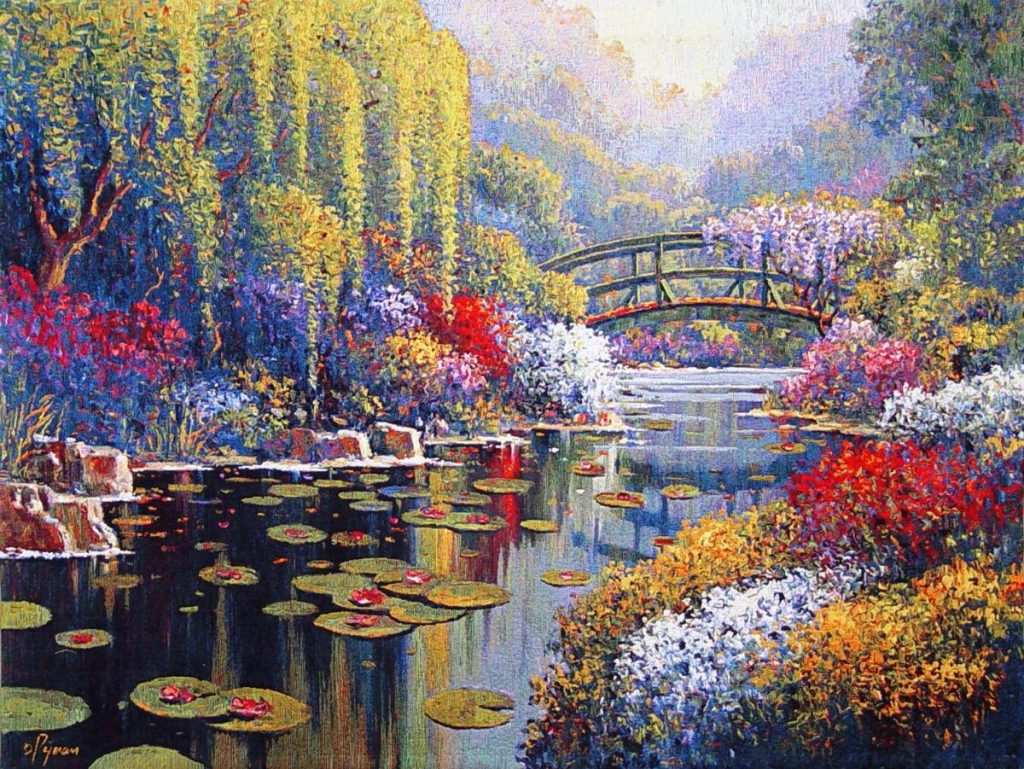 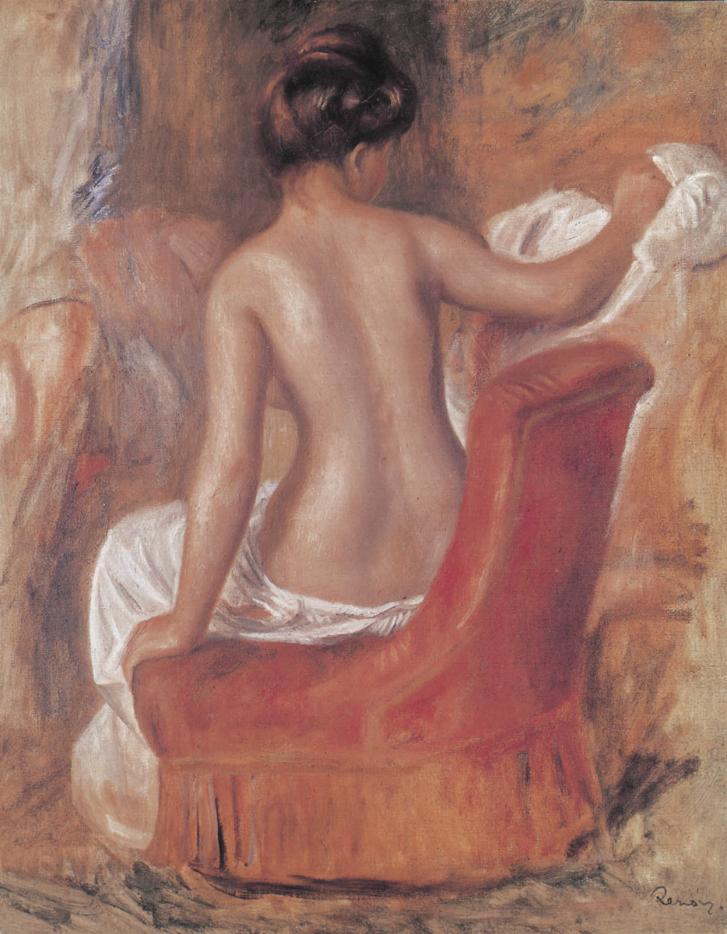 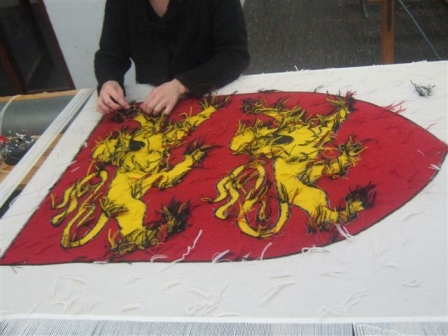 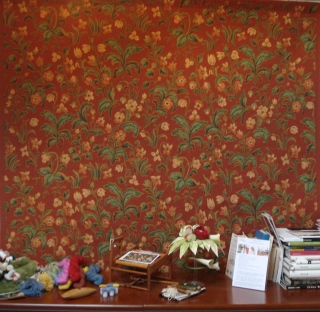 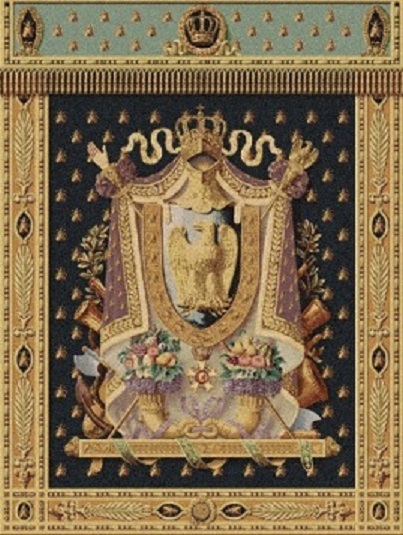 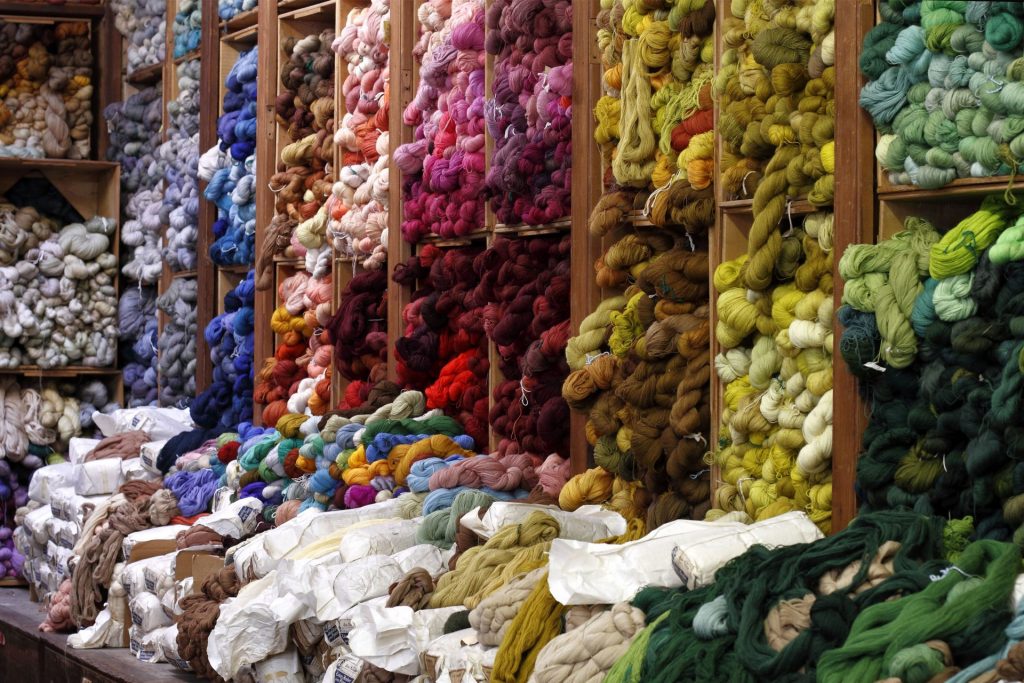 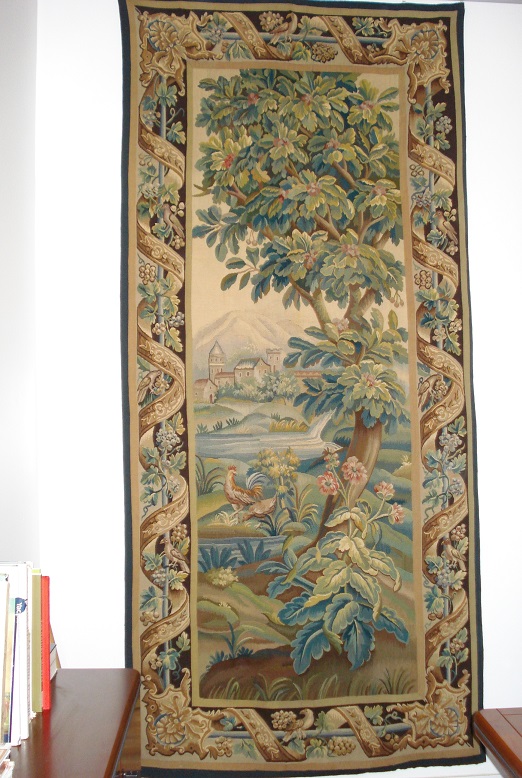 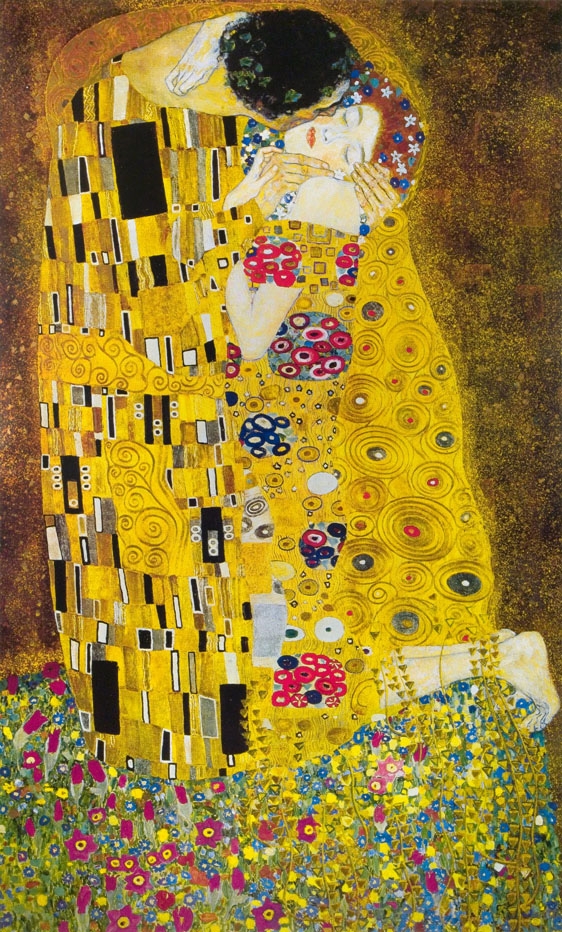 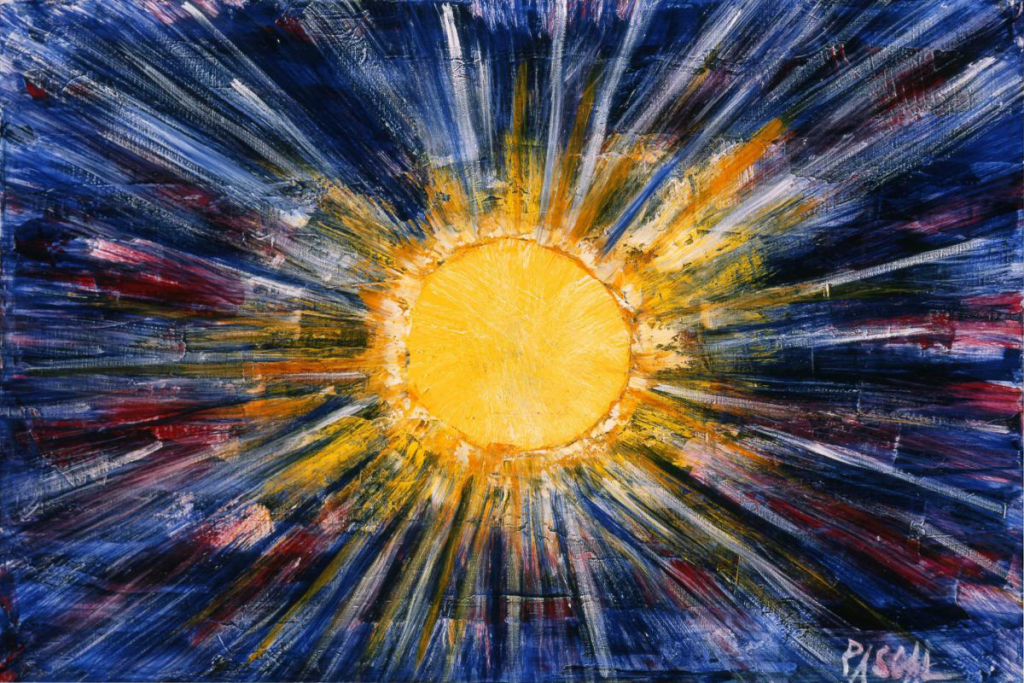 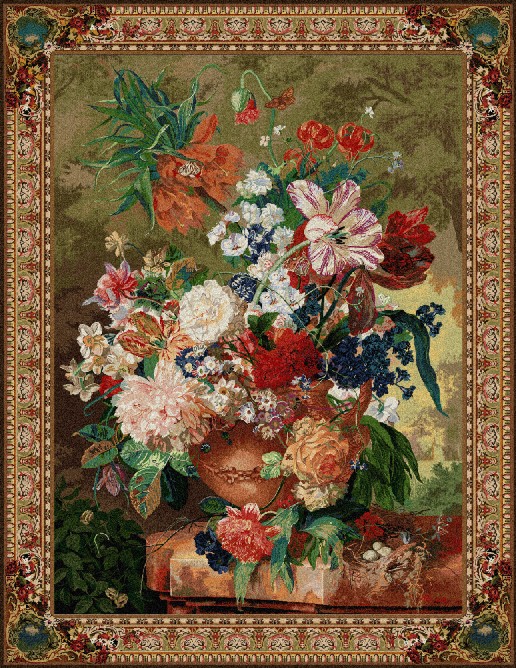 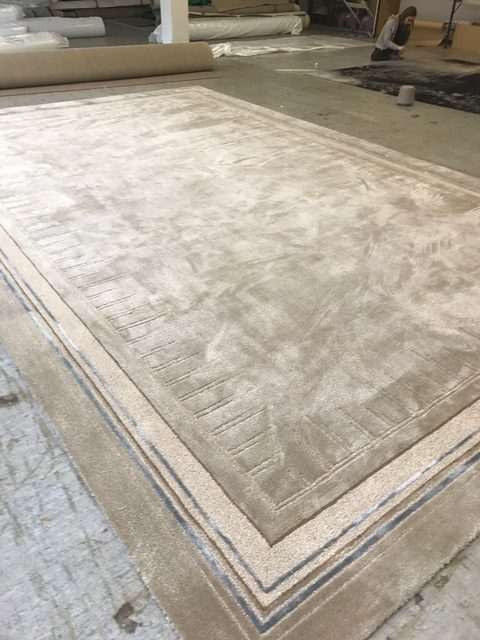 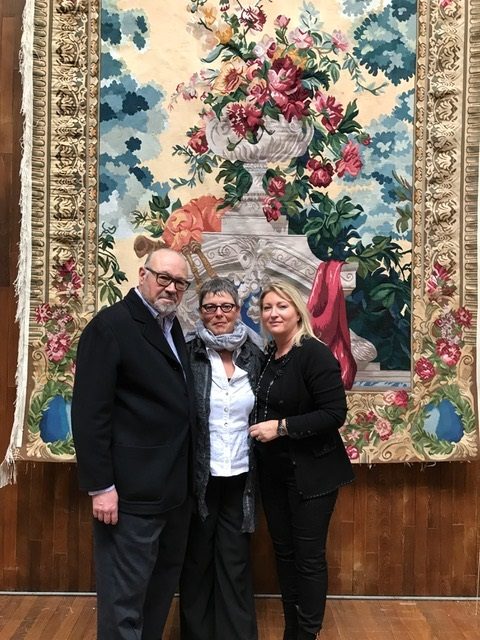 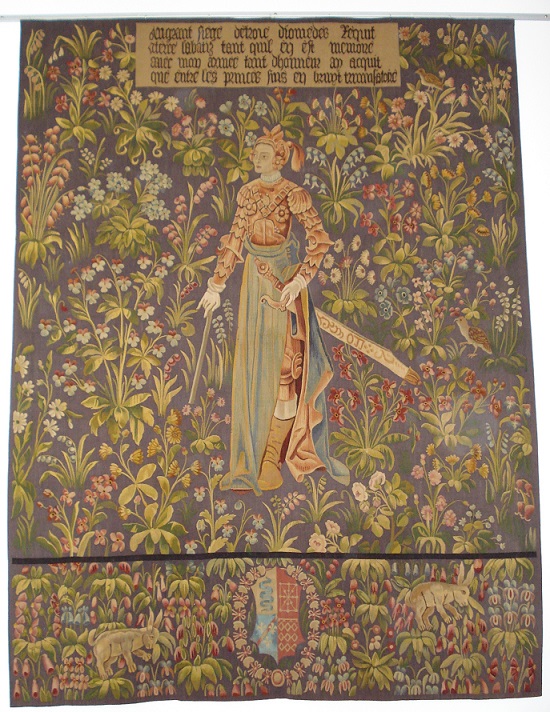 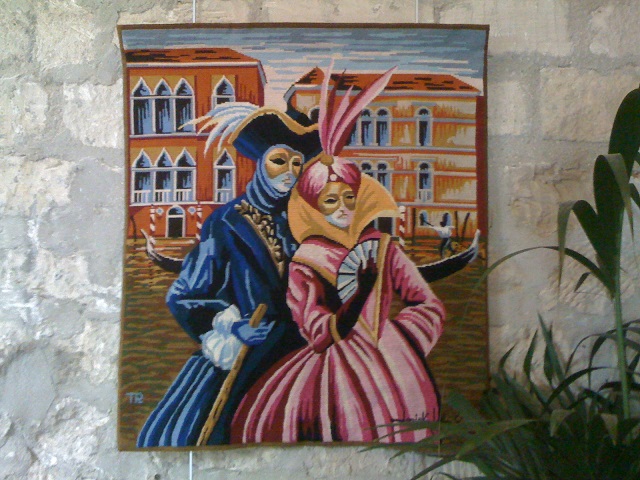 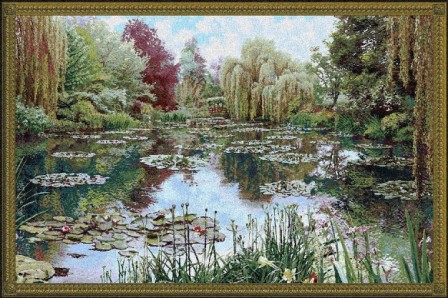 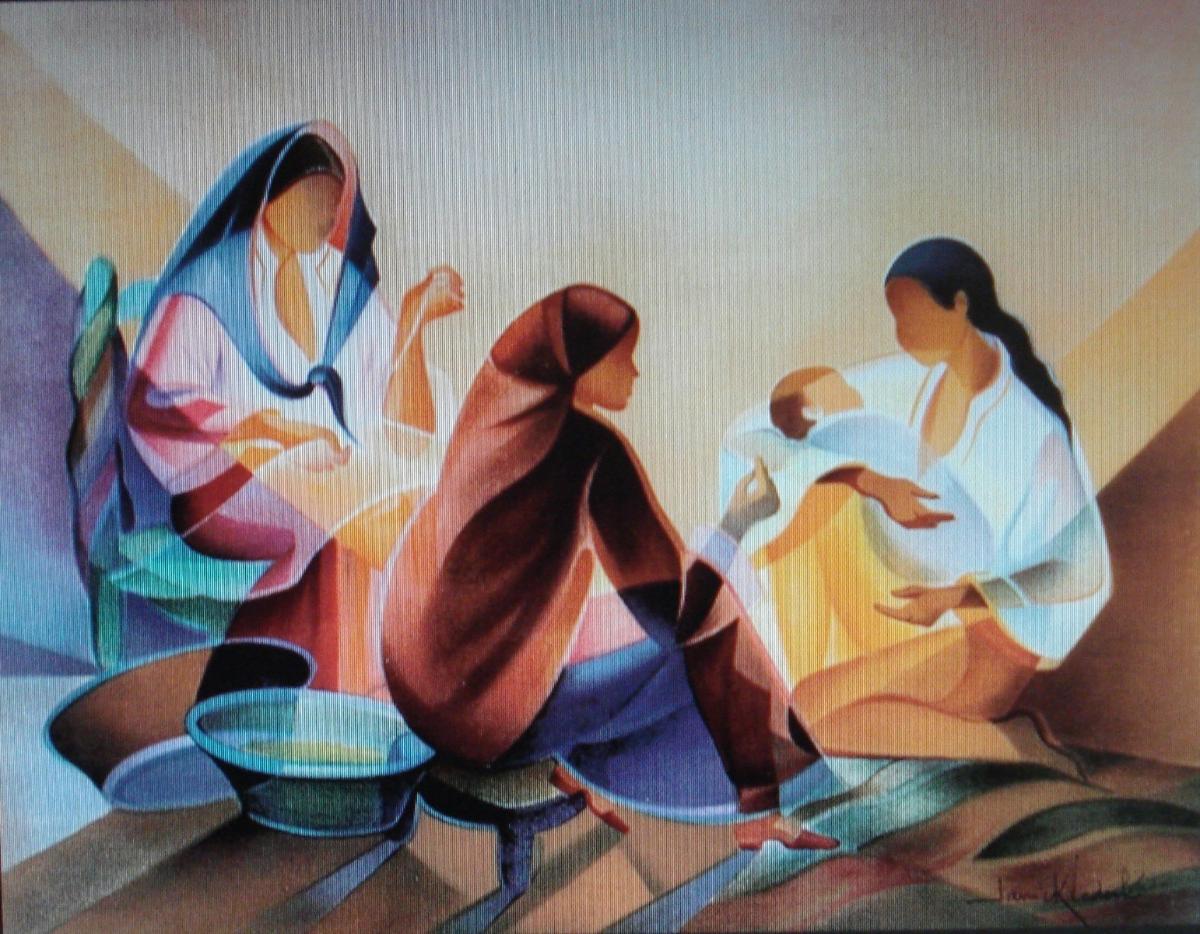 Because of the extremely special properties of the Creuse River water.  This crystal clear water, when taken to nearly 100°, allows colours to be permanently fixed onto wool. Wool is dyed using three basic colours, Red, Blue and Yellow, which are combined in myriad ways to produce any colour needed.

The peak of the Aubusson tapestry industry came under the reigns of Louis XIV and Louis XV. Colbert, the Prime Minister for Louis XIV, promoted the workshops to the rank of Manufacture Royale. The tapestries from these workshops gained renown and recognition around the world for almost a century, up until the French Revolution, when 60% of the tapestries owned by the nobility and gentility were destroyed. Since these “black times” for the industry, a handful of artisans have maintained the tradition from father to son.  Aubusson had to wait until the dawn of the 20th century for its great renewal as the only private tapestry production centre and the largest of its kind in the world.

The future of the tapestry industry lies in the eternal skills and expertise of our tapestry weavers, and their ability to adapt to the needs and expectations of today’s creators.

Before beginning to weave, you need to carefully stretch the warp and weft threads tightly over the horizontal loom, known as the “basse lisse” or “low warp”. Box tree strips are passed between the threads, separating the odd and even threads using little loops called heddles (in French they are “lisses”, which gives “lissier”, or tapestry weaver). It is then woven through the back in a mirror image of itself so that the back of the weft can be woven.  This forms the “card” for the future tapestry.  Once the weaving process is complete, it is taken off the loom and the tapestry is born... It’s not finished yet, though.  The threads need to be tied off at the back, and a hem needs to be stitched along the border.

A tapestry will take between 400 and 800 hours to complete per square metres, depending on the complexity of the design.  It becomes a real work of art, and this is why the Tapisserie Royale can only offer 8 of any one tapestry. 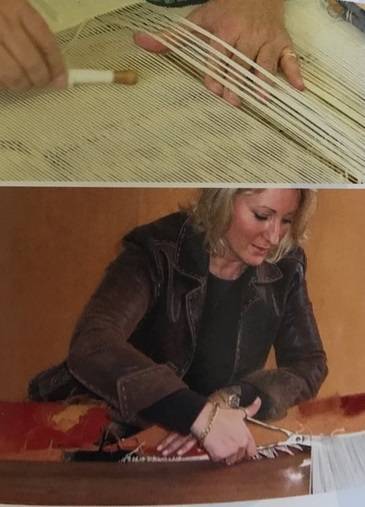 A revolutionary technique, where a neutral weave of wool and cotton is printed with sublime colours.

All of our models can be reproduced identically to the original.  The finish is perfect and each model is lined by hand, with no more than 20 copies of each model being produced.  Each is numbered as a mark of quality and authenticity.

Weave your own Tapestry:

Using Aubusson straight stitches, you’ll be able to become a real Aubusson tapestry weaver and create your own tapestry - painted by our very own artists.

Authenticated by a certificate of origin, each of the Tapisserie Royale’s Aubusson carpets and tapestries are an investment which will stand the test of time, in addition to being a modern and original element which will imbue any interior with prestige and authenticity.

These tapestries are made using a mechanical “Jacquard” loom, named after the inventor, a French engineer who filed the patent in 1801. It took the rapidly industrialising world by storm, but has since somewhat fallen out of favour.  Most tapestry enthusiasts prefer the originality of “hand-woven” products, or the diversity of “digital” models.

We believe that each technique has its own special charm, so the Tapisserie Royale still offers a range of “Jacquard” tapestries.  You can choose from a wide range of patterns, especially our extensive collection of traditional designs.  These are long-standing favourites and are highly sought by connoisseurs.

As the mechanised production process drastically reduces the production time, “Jacquard” tapestries are a great way to satisfy high public demand for tapestries.

If you’d like more information about the Aubusson tapestries available, come and browse the various different pages on our site.